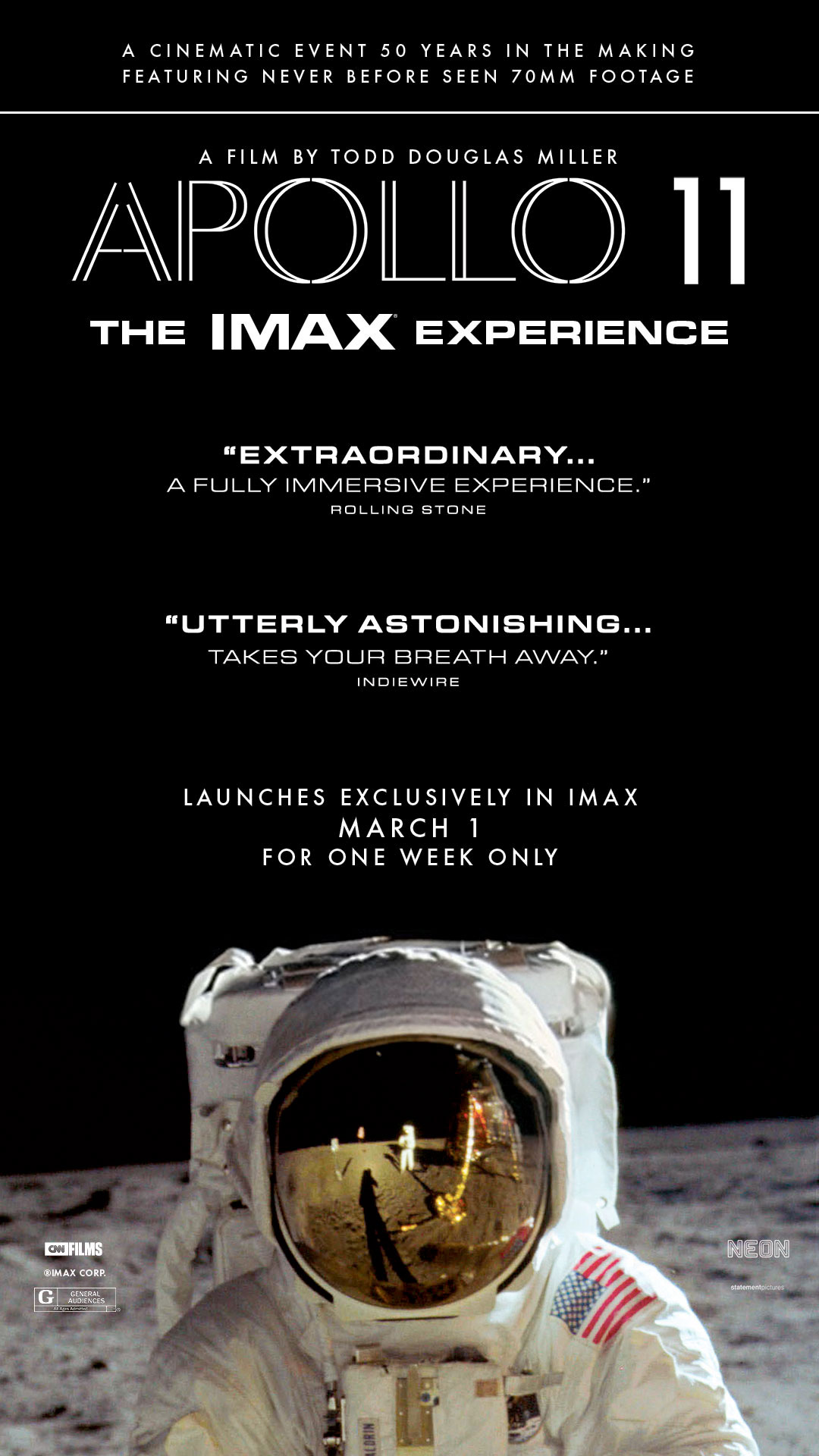 event fifty years in the making. Crafted from a newly discovered trove of 65mm footage, and more than 11,000 hours of uncatalogued audio recordings, APOLLO 11 takes us straight to the heart of NASA’s most celebrated mission—the one that first put men on the moon, and forever made Neil Armstrong, Buzz Aldrin and Michael Collins into household names. Immersed in the perspectives of the astronauts, the team in Mission Control, and the millions of spectators on

the ground, we vividly experience those momentous days and hours in 1969 when humankind took a giant leap into the future. APOLLO 11 director Todd Douglas Miller joins us to talk about taking on the challenge of sifting through a mountain of audio and video, developing new technologies for processing and enhancing 16mm film stock and capturing the tension and triumph of an incomparable achievement in human history.

All theater and ticket information available at the Apollo11movie.com

“The result is a stirring companion piece to Damien Chazelle’s recent “First Man,” and one no less worth seeing on the big screen when Neon releases it in theaters worldwide.” – Justin Chang, Los Angeles Times

“‘Apollo 11″ is a cool, meticulous, at times enthralling documentary that captures the Apollo 11 flight in its entirety through raw footage drawn from the NASA vaults.” – Owen Gleiberman, Variety

“The images astound, the audio soundtrack is a master class in montage, and the events captured are herculean in scope.” – Jason Gorber, High Def Digest