Nora Sandigo is a fierce immigration activist who serves as the legal guardian for U.S.-born children of undocumented immigrants who have been deported. Were it 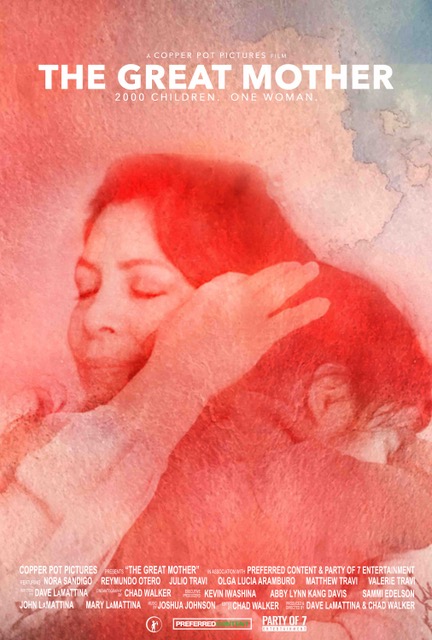 not for her, many would be forced into the foster care system, keeping them legally separated from their parents. THE GREAT MOTHER profiles this inspiring woman, who not only provides economic, legal and emotional support for her charges, but lobbies Congress for immigration reform despite an increasingly hostile political climate. Filmed over two years, and encompassing both the 2016 election and its aftermath, the film captures two of the most tumultuous years on record for immigrants. THE GREAT MOTHER is a personal look at immigration through the eyes of Nora Sandigo, legal guardian to over 1,000 US-born children of undocumented immigrants. Without Nora as their guardian, if the parents of these US-citizen children are deported, the kids will be sent to foster care. After three months, they can be adopted, ending any chance of a reunion. With Nora as the guardian, however, not only will the

kids never enter foster care, but Nora will also battle to keep their parents from being deported. THE GREAT MOTHER captures the tension of the 2016 election and its aftermath, the film captures the most tumultuous years on record for immigrants in a deeply personal way. Co-director Dave LaMattina (Chad Walker) joins us to talk about the heartbreaking reality that immigrant refugees face and the collateral damage that comes with a broken immigration system

For news and updates go to: greatmotherfilm.com