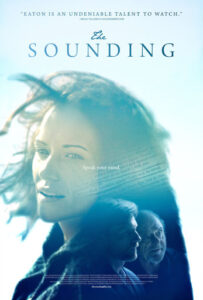 as Liv, a young woman who has never spoken, raised on a remote island by her grandfather Lionel (Harris Yulin, “Ozark”). When Lionel discovers he’s dying, he calls the driven, privileged son (Teddy Sears, “The Flash”) of his best friend to the island and asks him to protect Liv’s independence, alongside Lionel’s attorney (Frankie Faison, “The Wire”). That night, as Lionel is reading to Liv, his voice fails him. Liv picks up the book of Shakespeare and begins – first reading, then weaving a new language from 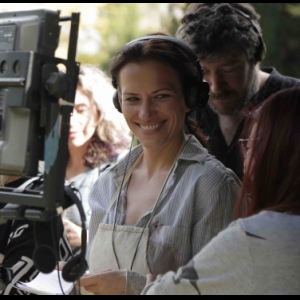 Shakespeare’s words. She is committed to a psychiatric hospital and becomes a full-blown rebel in the hospital; her increasing violence threatens to keep her locked up for life as she fights for her voice and her freedom.  At a tipping point for otherness in our current climate, THE SOUNDING champions it. Director Catherine Eaton joins to talk about the origin story for THE SOUNDING, the challenges and rewards of being on both sides of the camera and the supportive cast and crew who made the film such a success.

For news, updates and screenings go to: thesoundingfilm.com

About the Filmmaker – Catherine Eaton’s feature debut as a director and writer, The Sounding has won two-dozen awards on the festival circuit. She was chosen for Tribeca Film Festival’s ”Through Her Lens” Lab and Grant for emerging female directors, and was selected as a Shadowing Director for show runner Ryan Murphy’s Half Program on the hit Fox show “9-1-1.” Her pilot script “Breaking News” – based on her personal experience working with freelance news crews in conflict zones – was selected for IFP’s Project Forum and as a finalist for the Screenwriters Colony. Catherine shared an Emmy with the production team on “The Human Toll of Ethanol” for Bloomberg TV, and did freelance production work for various news crews for five years. As an actor, she’s been seen on Broadway, TV and film, and was nominated for a Helen Hayes Award for Best Actor in a Leading Role. Catherine teaches Screenwriting at Harvard University.

“Makes you want to brush up your Shakespeare: start quoting him now.” – Harvey S. Karten, Shockya.com