Acclaimed photographer RaMell Ross, 2019 Academy Award nominee for Best Documentary, has made his directorial debut with one of the most critically- 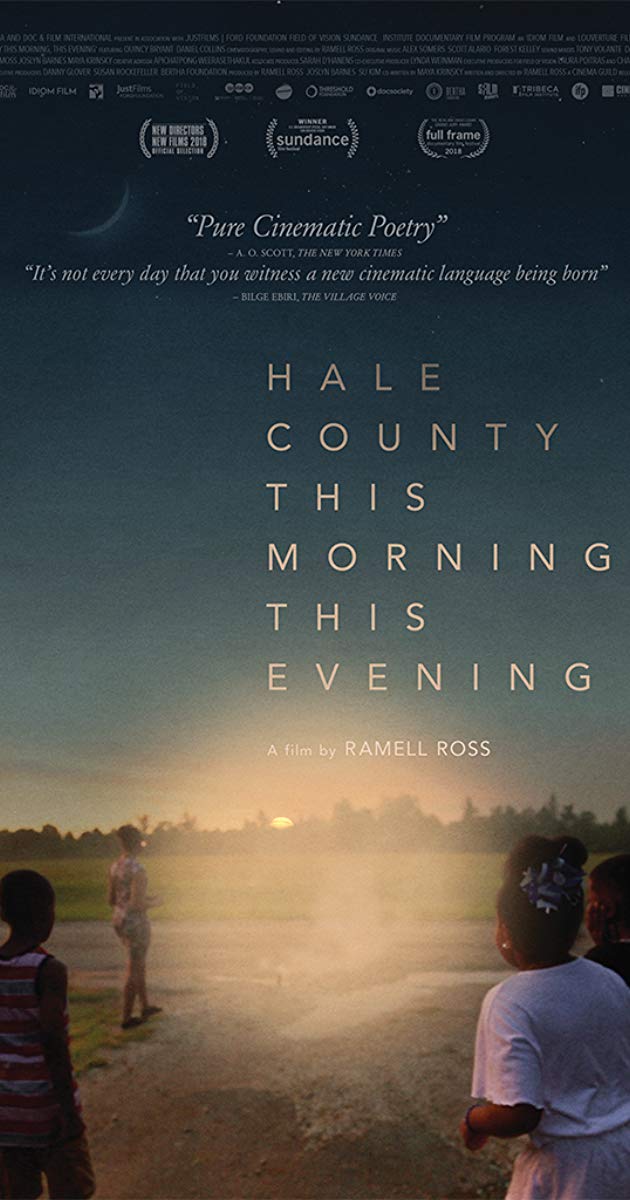 acclaimed films of the year — Hale County This Morning, This Evening. An inspired and intimate portrait of a place and its people, the film looks at the lives of two young African American men from rural Alabama over the course of five years. Daniel Collins attends college in search of opportunity while Quincy Bryant becomes a father to an energetic son in this open-ended, poetic film without a traditional narrative. Distilling life to its essence, the film invites the audience to experience the mundane and the monumental, birth and death, the quotidian and the sublime. These moments combine to communicate the region’s deep

culture and provide glimpses of the complex ways the African American community’s collective image is integrated into America’s visual imagination.. RaMell Ross met Quincy when he was teaching in a GED program in Greensboro, Alabama, and met Daniel when he was coaching basketball at a local high school. He shot over 1300 hours of footage over five years, which was then edited down into the final film. Director RaMell Ross stops by to talk about his meticulously assembled, ethereal ode to Black lives in Hale County, Alabama.

For news and updates go to: halecountyfilm.com

“At every juncture, Ross elects for ambiguity and poses a question to the viewer to answer how black bodies are viewed, encouraging the audience to perform the labour of challenging their expectations.” – Melissa Vincent, Globe and Mail

“You could call it a transcendental scrapbook, because it wipes away the muck of subjectivity that guides most movies. It turns the audience into direct receptors of experience.” – Owen Gleiberman, Variety

“…the cinematic equivalent of a memory quilt, woven together with a deep love of community, comprised of intimate though disparate moments from others’ lives, and poetically comforting despite its historically weighty components.” – Jordan M. Smith, Film School Rejects