It all began when a group of cheerful, subversive filmmakers weren’t accepted into the Sundance Film Festival. Unwilling to take “no” for an

answer, they instead started their own event – Slamdance: Anarchy in Utah. 24 years later, Slamdance has become a year-round organization fostering the development of unique and innovative filmmakers. The organization now consists of the Film Festival, Screenplay Competition and Slamdance Studios. Dan Mirvish, Jon Fitzgerald, Shane Kuhn and Peter Baxter are the founding forefathers who, along with co-conspirator Paul Rachman, fought for truly independent filmmakers by giving them a voice in 1995 at the very first Slamdance Film Festival. Since then, the festival takes place every January in the breathtakingly stunning, snow-capped mountains of Park City, Utah at the exact same time as the Sundance Film Festival, 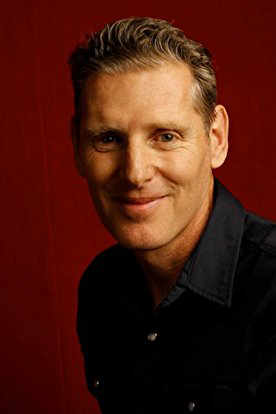 toprovide a more authentic representation of independent filmmaking.  Up-and-coming writers, directors and producers, alongside seasoned veterans and film lovers, converge for the weeklong celebration of independent cinema, realizing that Slamdance is a great place to find those next, great, visionary films.  Slamdance lives and bleeds by its mantra By Filmmakers For Filmmakers. No other film festival in the world is entirely run and organized by the creative force that can only be found in filmmakers. Slamdance adamantly supports self-governance amongst independents, and exists to deliver what filmmakers go to festivals for – a chance to show their work and a platform to launch their careers. The festival has earned a solid reputation for premiering films by first-time writers and directors working within the creative confines of limited budgets. Co-founder and President Peter Baxter joins us to talk about this year’s Slamdance, the groundbreaking films and the innovative new distribution being launched by Slamdance.

For news and updates go to: slamdance.com

Check out the film schedule at slamdance 2019 schedule