On the streets of Baltimore, shooting is rampant, the murder rate is approaching an all-time 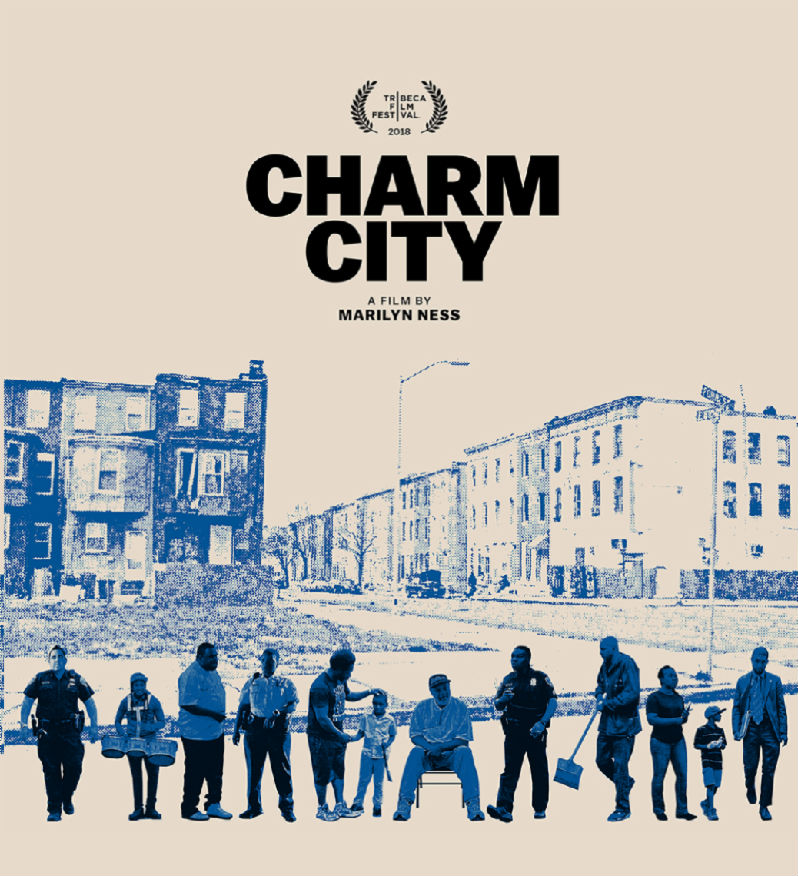 high and the distrust of the police is at a fever pitch. With nerves frayed and neighborhoods in distress, dedicated community leaders, compassionate law-enforcement officers and a progressive

young city councilman try to stem the epidemic of violence. Filmed over three tumultuous years covering the lead up to, and aftermath of, Freddie Gray’s death in police custody, CHARM CITY is

an intimate cinema verité portrait of those surviving in, and fighting for, the vibrant city they call home. Director and producer Marilyn Ness (Cameraperson; Trapped; E-Team), and film subject Alex Long join us to talk about the work of the Rose Street Community Center in providing the basic services; trash collection, gang mediation and his own brand of de-escalation training, and bring a sense of hope to a neighborhood known as the “Middle East.”

For news and updates go to: Charm City

To support the Rose Street Community Center go to: charmcitydoc.com/support

“The film captures up close the way violence transforms neighborhoods and families with an immediacy that transcends headlines or sensationalism.” – Ben Kenigberg, New York Times

“Even when the epidemic of violence touches a beloved character, Ness’ careful quilting of compassion and action across her years of filming suggests a fight that won’t diminish for these citizens.” – Robert Abele, Los Angeles Times

“It all adds up to an even-handed issue film featuring those who are working to change the face of one of the U.S.’s most violent cities.” – Tanner Tafelski, Village Voice

“It’s a powerful movie … because it raises a myriad of issues, asks a lot of questions, offers some contrasting opinions, and then lets the viewer decide.” – Christopher Llewellyn Reed Hammer to Nail