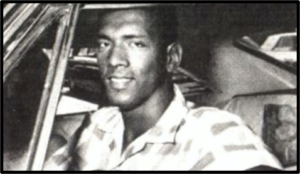 profiling brave individuals who fought for justice in and around the Civil Rights era, following The Loving Story and The Rape of Recy Taylor. The story begins in 1966 in Plaquemines Parish, a swampy strip of land south of New Orleans. After months of clashes, the public schools have been integrated by court order. But we are in 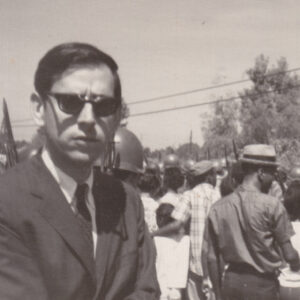 the land of the white separatist despot, Leander Perez, who rules Plaquemines like his fiefdom, making sure that segregation sticks regardless of federal laws desegregating schools and mandating voting rights. A 19-year old Black fisherman, Gary Duncan, tries to break up a

fight between white and Black teenagers outside a newly integrated school. He lays his hand on a white boy’s arm and the boy recoils, as if bitten by snake. That night, police arrest Gary Duncan for assault on a minor. With the help of a young attorney, Richard Sobol, Duncan bravely stands up to Perez. Systemic racism and pervasive anti-Semitism meet their match in decisive courtroom battles, including the U.S. Supreme Court; hate is vanquished by a powerful friendship that will last a

lifetime. With the rise of white nationalism in the U.S. and abroad, there is no more important story to tell today. The roots and the mechanics of hate groups are in full display in this dramatic story of a crime on the bayou. Together this trilogy demonstrates that regular people

standing up for their values are the root of human progress. Mildred Loving, Recy Taylor and Gary Duncan did not set out to change history. But they remind us that anyone can. A CRIME ON THE BAYOU Executive Producer is John Legend. Director Nancy Buirski joins us to talk about the her searing indictment of the systemic racism that is responsible for the hideously unjust incarceration of Gary Duncan and thousands of others as well as how it continues to this day.

For news and updates on A Crime in the Bayou go to: augustafilms.com

“You must also study and learn the lessons of history because humanity has been involved in this soul-wrenching, existential struggle for a very long time.” – Civil Rights leader and colleague of Martin Luther King Jr., friend John Lewis