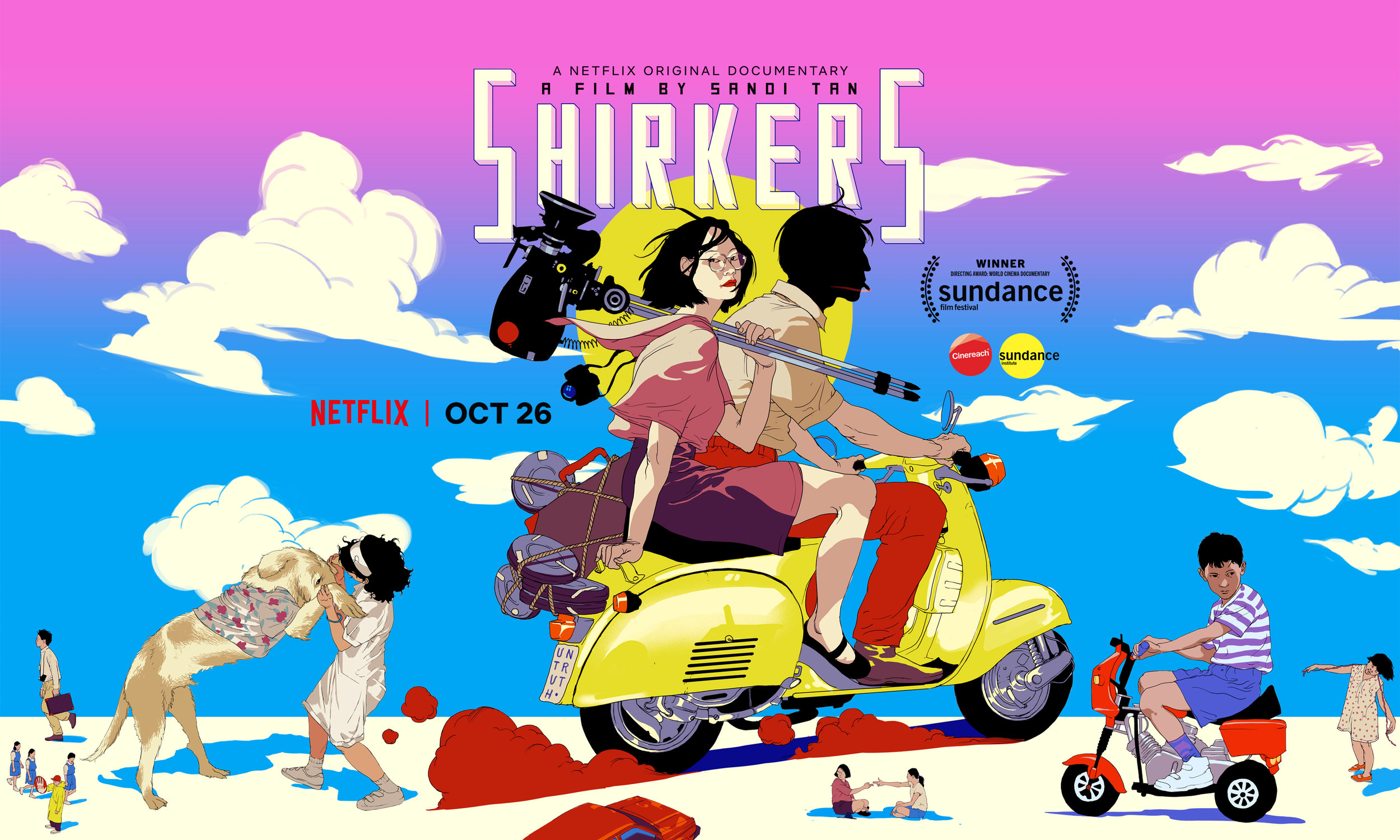 Sophie Siddique, Shirkers was a Singapore-made 1992 cult classic—or it would have been, had the 16mm footage not been stolen by their enigmatic American collaborator Georges Cardona, who disappeared. More than two decades later, Tan, now a novelist in L.A., returns to the country of her youth and to the memories of a man who both enabled and thwarted her dreams. Magically, too, she returns to the film itself, revived in

a way she never could have imagined. Shirkers made its world premiere at the Sundance

Film Festival in 2018, where Sandi Tan received the World Cinema Documentary Directing Award, and went on to tour festivals all over the world, including True/False, HotDocs, CPHDOX, Sheffield Doc/Fest, Full Frame, San Francisco Intl. Film Festival, AFI Docs and more. Director Sandi Tan talks about her 25-year relationship with her friends, then and now, Exploding Cat and her thoughts on losing and then rediscovering a crucial part of her life.

For news and updates go to: shirkersfilm.com

“Wildly delightful… teeming with incident and personality… No amount of caustic self-criticism from Tan can dampen the thrill of witnessing the vibrancy and bounteous energy of everything captured within the frame.” – Eric Hynes, Film Comment

“Shirkers has the handmade delicacy of a scrapbook come to life… [Sandi Tan] has produced a remarkable statement on the formation of a creative identity across many years and life experiences.” – Eric Kohn, Indiewire