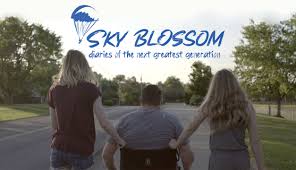 children and millennials stepping forward as frontline heroes. Caring for family with tough medical conditions, they stay at home doing things often seen only in hospitals. They are cheerleaders, work part time, and go to college – but also live double lives – quietly growing up as America’s next

greatest generation. The filmmaker, veteran journalist and award-winning CNN/MSNBC news anchor Richard Lui says the interviews were so honest they genuinely surprised him, as they revealed insights into the lives of

young people across America. Troops used to look up and say, “Here come the Sky Blossoms”-paratroopers rushing to their aid. Today, there is a new generation answering that call. These are their stories. First-time director and MSNBC news anchor Richard Liu joins us for a conversation on the reason he began the project, the exploration of these families courage and determination and the historic and spiritual meaning behind the film’s title.

For news, screenings and updates go to: skyblossom.com

For information on resources available go to: skyblossom.com/resources

Watch during the Virtual Theatre release at: /skyblossom.com/watch-film

Director’s statement – My life changed when my dad was diagnosed with Alzheimer’s. I stepped back from my work as a cable news anchor, changing to work part-time on weekends. I began a weekly commute from my work in New York and my family in San Francisco. My parents come from military families, and this experience has only brought us closer together. With Sky Blossom, I wanted to show the power of caring for others. To tell stories of positivity despite pain. – Richard Liu

About the Film – Sky Blossom is an Academy Award qualifying film salute to 2020. Filmed over three years, it is a raw, uplifting window into 24.5 million children and millennials stepping forward as frontline heroes. Caring for family with tough medical conditions, they stay at home doing things often seen only in hospitals. They are cheerleaders, work part time, and go to college – but also live double lives – quietly growing up as America’s next greatest generation.

What’s In a Name? – During the Second World War, troops used to look up and say, “Here come the Sky Blossoms” — paratroopers rushing to their aid. Today, there is a new generation answering that call. These are their stories. 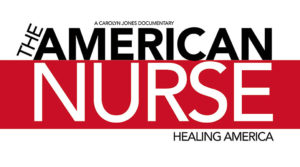 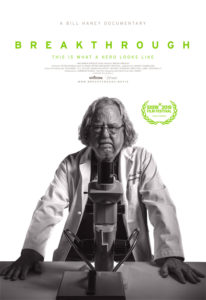