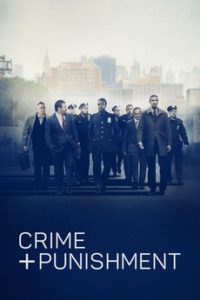 In Andrew Bujalski’s comedy Lisa (Regina Hall) is the last person you’d expect to find in a highway-side “sports bar with curves,”– but as general 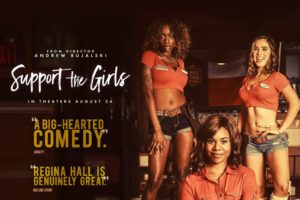 manager at Double Whammies, she’s come to love the place, and its customers. An instinctive den mother, she nurtures and protects her ‘girls’ on the staff fiercely — but over the course of one trying day, her optimism is battered from every direction… Double Whammies sells a big, weird American fantasy, but what happens when reality pokes a bunch of holes in it?

Director Andrew Bujalski’s Statement – It seems like just about the simplest business concept you could imagine — “What if all the waitresses in this restaurant wore tight, cleavage-y halter tops?”— but I couldn’t get over how bizarre it ultimately was. No culture besides present-day America would ever produce mass-scale demand for such a place, a business that seems about 10% strip club and 90% TGI Friday’s / Applebee’s / Chili’s / Cracker Barrel. Strippers are supposed to make men feel like badass transgressors. But these women are just supposed to make you feel normal — the proverbial “red-blooded American male.” You don’t see many stories set in this

slice of Americana, and with good reason. It does not lend itself to grand dramatic arcs, or, really, to gut-busting comedy. But it certainly is full of contradictions, and incredibly fertile with opportunities for subtle spiritual conflicts. I couldn’t pretend to untangle these from an insider’s perspective, so I dreamed up a kind of outsider character, Lisa the general manager, to walk in there with a spirit of openness and love — and plenty of her own pathologies–to see what she might discover in there. While it is a very specific story in many ways, I hope that anyone who’s ever worked for a living will relate. Most of us have to buy/sell one crazy “concept” or another to pay our bills, and some days, you’re not sure if your humor and dignity will survive to the end of the shift…

Director and writer Andrew Bujalski (Beeswax, Computer Chess, Results) joins us to talk about his insightful “girl power” comedic drama with a ground-level take on masculine hurly-burly in a vanishing American paradigm.

For news and updates go to: supportthegirlsfilm.com

“Its light, sweetly frisky exterior and easygoing pace camouflages what a subtle and brilliant piece of bracing social commentary it is; a deft portrait of sisterhood existing under the thumb of capitalistic patriarchy.” – Katie Walsh, Tribune News Service

“The sharp-elbowed humor is laced with aching tenderness, tightrope-tense frustrations over money and love, and an underlying mix of social pathologies that bubbles through the show-biz surfaces…” – Richard Brody, New Yorker